课程介绍：
An emerging software engineering paradigm is test-driven development, where tests are written early and testing is performed continuously during the development process. Problems are discovered early and corrected when they are found. This one-day course for developers explains the methodology of test-driven development and the use of NUnit in supporting test-driven development on Microsoft®.NET. It is current to .NET 4.0 and Visual Studio™ 2010. The course is practical, with many example programs and tests written in C#®, including a cumulative case study. The goal is to quickly bring you up to speed in using NUnit in your .NET development projects. The student will receive a comprehensive set of materials, including course notes and all the programming examples.

预备知识：
The student should have a basic knowledge of the .NET Framework and experience programming in C# with Visual Studio 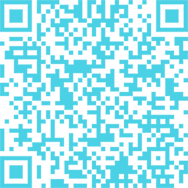